We are currently driving a campaign to bring some international attention to the Bradley Manning case. We are going to go more into the details about who Bradley Manning is and what his situation is now. With us we have Jeff Paterson from the Bradley Manning Support Network. He is going to tell us a lot about this and why we are doing this.
In Södertälje we recently posted some articles and we tried to get some media attention to this case. Doing this by sending a bunch of blog messages, we have donated some money and we posted a letter to the “Courage to Resist” network with a small amount of money that we raised in order to support this campaign to get Bradley Manning released. 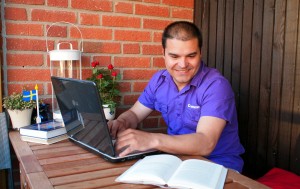